Home of the Falcons 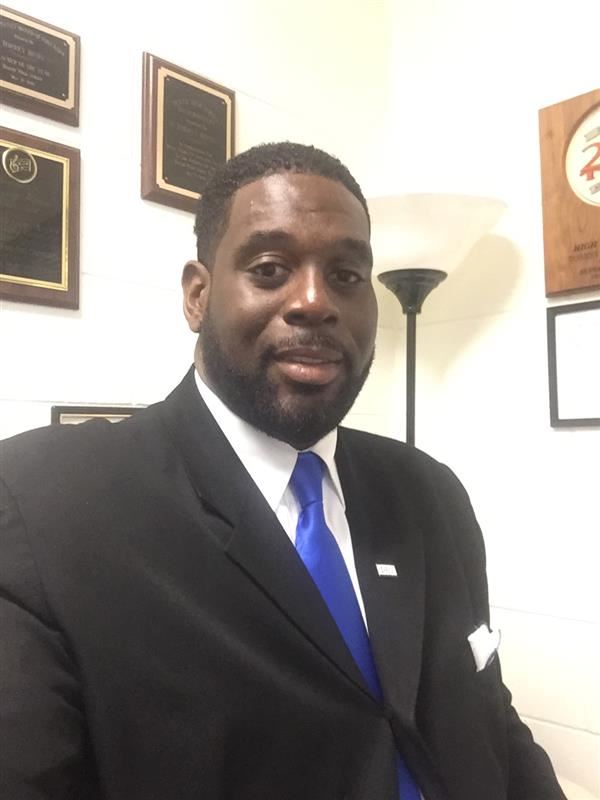 Mr. Torrey Hines has been the Band Director of Bertie High School since 1999. He is a native of Brooklyn, New York where he attended the prestigious Phillipa Duke Schuyler School for the Gifted and Talented (I.S. 383). Mr. Hines also attended LaSalle Military Academy in Oakdale LI. NY. He moved to Plymouth NC his senior year of high school and graduated from Plymouth High School in 1989. Mr. Hines attended North Carolina Central University where he majored in music with a concentration in saxophone. At NCCU, Mr. Hines participated in several music ensembles including marching band, concert band, symphonic band, jazz band, pep band and spring drumline. Upon graduation from NCCU, Mr. Hines taught choral music at Hertford County Middle School and was the Assistant Band director at Hertford County High School. He went on to teach band at Warren County Middle School and served as the Warren County High School Assistant Band Director. His next teaching assignment was in Martin County where he taught band at Edna Andrews Middle School, West End Middle School and was the marching and concert band director at Roanoke High School (now South Creek High School). Mr. Hines also served as the Director of Bands at James B. Dudley High School in Greensboro, NC.

Mr. Hines transformed the Bertie High School Band into one of the premier "Showstyle" marching programs in the state of North Carolina and across the United States. Under his leadership the band has been named a US Army All-American Bowl Band in San Antonio, Texas, has participated and placed in 5 National Highstep High School Marching Band Championships, been ranked as a top 10 "showstyle" marching band in the United States, been ranked as having the 3rd best drumline in the United States and was crowned as the North Carolina Showstyle Band Directors Association 2A State Champion in 2016. The Bertie High School marching band has also won several local and regional competitions and has participated in the Citrus Bowl Parade in Orlando, Florida and the Endimiyon Parade during the Mardi Gras Festivities in New Orleans, Louisiana. In addition to teaching band at Bertie High School, Mr. Hines also teaches Music Appreciation and Music Technology.

This is the disclaimer text. It should wrap, then the bar will grow in height if more space is needed. The blackboard footer will center if disclaimer is not being used and the background will be one color.
Copyright © 2002-2020 Blackboard, Inc. All rights reserved.